Despite my own conceit that I possess a fairly broad understanding of international politics and geography, the truth is that like most Americans I know next to nothing about North Korea, a bitter ... Volledige review lezen

I thought that this book would be an interesting glimpse into a much hidden society. Unfortunately, it was a bit hard to read and frankly kind of boring. It was an extremely slow read for me. I had to ... Volledige review lezen 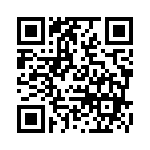