Iyunolu Folayan Osagie is an associate professor of English at Pennsylvania State University. 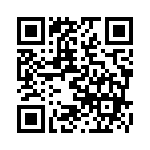