This is a classic work, still in print more than 150 years since it was first published. The author, Robert Caldwell 1814-91, was a Christian missionary in South India for more than fifty years, and in 1877 was consecrated Bishop in Tirunelveli. He came to international recognition as an orientalist of the first quality as a result of his ground-breaking research and this book which resulted. It was first published in 1856 with a much expanded second edition following in 1875.
In it he shows that the South Indian languages of Tamil, Telegu, Kannada, Malayalam etc., are a separate family of languages. He named them ‘Dravidian’, affirming their antiquity, separate literary history, and their independence from Sanskrit and the Indo-Aryan languages.
The implications of this were far-reaching. They were that these Dravidian languages, their societies and culture had existed prior to the arrival of the Brahmans in the south of India, and that the intrinsic differences in physical anthropology, religion, and social structures that existed were part of the separate and distinctive Dravidian development. Caldwell, by this book, can therefore be seen as having laid the foundations in South India for the strongly anti-Brahman cultural and political movements which followed in the 20th century.
Thomas Trautmann writes of this book: "Caldwell showed the full extent of the Dravidian family, and demonstrated the relations among the languages in a richness of detail that has made it a classic work, still in print. The real significance of what Caldwell accomplished was not the first conception of the Dravidian family, but the consolidation of the proof”. This was reinforced by Caldwell’s other monumental work on the history of the region (“A Political & General History of the District of Tinnevelly from earliest times ...”, 1881).
New editions of this book have been published by Asian Educational Services of New Delhi in 1987 & 1998 (reprint of the 1913 edition).
References:
Y. Vincent Kumaradoss: “Robert Caldwell: A Scholar-Missionary in Colonial South India”. ISPCK 2007, pp.147-149.
Robert Eric Frykenberg: “Robert Caldwell, missionary and orientalist”. OUP (Oxford DNB) 2004-07.
Thomas Trautmann: “Inventing the History of South India” in David Ali (ed) “Invoking the Past: The Uses of History in South Asia”. New Delhi OUP 2002, p.41. 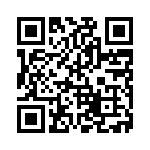