NO TIME TO THINK: The Menace of Media Speed and the 24-hour News Cycle

A tedious, repetitive and self-indulgent attempt to make the news cycle transparent.Rosenberg (Critical Writing and News Ethics/Univ. of Southern California; Not So Prime Time: Chasing the Trivial on ... Read full review

No time to think: the menace of media speed and the 24-hour news cycle

Veteran journalists Rosenberg and Feldman examine the shrinking news cycle-the period of time between when a news event occurs and its reportage-through a series of incisive essays. They decry the ... Read full review

Howard Rosenberg earned a Pulitzer Prize and numerous other honors during his 25 years as TV critic for the Los Angeles Times. His anthology, "Not So Prime Time: Chasing the Trivial on American Television," was published in 2004, winning wide praise and a starred review from Publishers Weekly. He teaches critical writing and news ethics at the University of Southern California, USA. Charles S. Feldman's nearly 20 years as an investigative television and print journalist have straddled the crucial juncture of "old-fashioned" reporting and the introduction of the 24 hour news cycle and lend him an unique perspective to the advantages and pitfalls that this change has brought about.

In the course of his career, Feldman's experience has ranged across all media platforms: television, radio, newspapers, magazines and online. He worked as an on air correspondent for CNN in New York and Los Angeles reporting on terrorism and organized crime, among other things. He is currently a regular contributor to the CBS all-news radio station in Los Angeles as well as the CBS Radio Network.

Feldman has written and/or reported for publications such as, New York Magazine, Parade, The New York Post, The New York Daily News; Playboy (International Edition); Philadelphia Magazine and The Catholic Digest, among others. He was also a regular contributor to the Reuters News Service.

Feldman holds a bachelor's degree in political science from Brooklyn College of the City University of New York and a master's degree in journalism from New York University. Born in Brooklyn, he has lived most of his adult life in New York City. He now lives in Los Angeles, where he previously taught at the University of Southern California School of Journalism, and currently serves as a freelance journalist and media consultant. 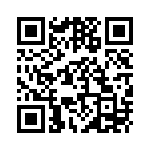