How did the author add my name to this book claiming that I am a terrorist when both a US District Judge and the US Government pointed out that I am not?

Matthew Levitt is the Fromer-Wexler fellow and director of The Washington Institute for Near East Policy's Stein Program on Counterterrorism and Intelligence. Previously, Levitt served as the deputy assistant secretary for intelligence and analysis at the US Department of the Treasury, as an FBI counterterrorism analyst, and as an adviser on counterterrorism to the US State Department. He is the author of Hamas: Politics, Charity, and Terrorism in the Service of Jihad. 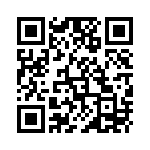