Fran ois Dosse is a professor at the IUFM Creteil, Paris Institute for Political Studies, and at the Center for Cultural History, University of Versailles/Saint-Quentin-en-Yvelines. He has published several important books on intellectual history, including History of Structuralism: The Rising Sign, 1945-1966, and History of Structuralism: The Sign Sets, 1967-Present.

Deborah Glassman is the author of several works on literature, education, and international development and is the translator of Dosse's two books on structuralism. Based in Paris and Washington, D.C., she is currently living and working in Tunis for the African Development Bank. 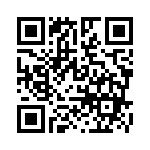