Oriana Skylar Mastro is Assistant Professor of Security Studies at Georgetown University and an officer in the US Air Force Reserve. You can follow her on Twitter @osmastro or on her website at orianaskylarmastro.com. 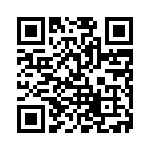