A former federal prosecutor, Paul Butler provides legal commentary for MSNBC and NPR and has been featured on 60 Minutes and profiled in the Washington Post. A law professor at Georgetown University, he is the author of Let's Get Free: A Hip-Hop Theory of Justice, winner of the Harry Chapin Media Award, and Chokehold: Policing Black Men (both from The New Press). He has published numerous op-eds and book reviews, including in the New York Times, the Washington Post, the Boston Globe, and the Los Angeles Times. He lives in Washington, DC. 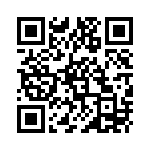