The authors - Sen and Dreze - have done an exceptional work in detailing the actual state of India in this book. This book is an eye-opener where it talks about conditions of people living in India ... Read full review

Jean Drčze (Author)
JEAN DRČZE, currently Visiting Professor at Allahabad University (ex-LSE), has lived in India since 1979. He is co-author of the Public Report on Basic Education in India and, with Amartya Sen, of Hunger and Public Action and India: Development and Participation.

Amartya Sen (Author)
Amartya Sen is one of the world's leading public intellectuals. He is Professor of Economics and Professor of Philosophy at Harvard. He was Master of Trinity College, Cambridge, from 1998 to 2004, and won the Nobel Prize for Economics in 1998. His many celebrated books include Development as Freedom (1999), The Argumentative Indian (2005) and The Idea of Justice (2010). They have been translated into more than 30 languages. In 2020 he was awarded the Peace Prize of the German Book Trade. 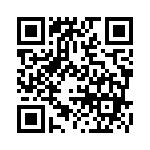