There is no question that Herschel Parker is the preeminent expert on the life of Herman Melville. His research is incomparable. If there is anything to be known about Herman Melville and his extended family, Parker knows it. That knowledge is at once the strength and the disastrous undoing of this biography. With volume 1 Parker has given us Melville in 1,796 pages of text which might in the hands of a better writer have been 1,000-1,200 pages or even less with no loss to our knowledge and great benefit to our appreciation of Melville. The fact is that Parker is so committed to noticing every trivial tree about Melville and his family that he no longer sees the forest that is Herman Melville the man. At some point in Parker's past something about Melville spoke powerfully to him and made the study of the man Parker's life's work. Unfortunately Parker knows everything Melville and his family down to the tiniest detail but knows nothing of the man. He consistently glosses over significant facts to rush into detailed accounts of such pointless nitpicking as who did or did not ride with Herman to Lenox, MA to pick up the mail on some given date. Parker is an academic in all the worst senses of that term and a terrible a pedant as I can remember encountering in any work of non-fiction. His writing style may charitably be called infelicitous. This work may have been considered for a Pulitzer Prize it did not win and shouldn't have. He refuses to use footnotes which requires that very random thought and cross-reference ends up in the text forming a rock against which Parker's narrative founders often and repeatedly. Parker also tells us the same information ad nauseam, often in the space of a page or two. Nothing in any letter by a Melville family member seems too trivial to warrant mention. No fact is ever stated so clearly that it doesn't bear repetition several times. Simply removing the gratuitous references to Herman's brother, Gansevoort, following his death in 1846 would shorten the biography by 10-20 pages. As for Parker's inability to understand his subject one example will suffice. In Chapter 18 of this volume Parker discusses Melville's "becoming a poet" in the late 1850s. The fact is that one can only understand Moby-Dick as an epic poem written as prose. Melville was always a poet. In the late 1850s he began putting his writing into verse forms rather than writing margin to margin (the definition of "prose"). Should you decide to wade through this 2 volume biography you will find occasional insights and interesting trivia. More frequently you will be frustrated by Parker's incompetent writing. Ultimately this is an incomparably sad book on two counts. First, as noted earlier, because Parker has devoted his life to Herman Melville and has learned everything about his subject but really knows nothing about him. Second is that Parker obviously loves Melville but has generated such an annoying, bumbling, pedantic and opaque biography that he's insulted his subject. If you would know Herman Melville, buy his books and read them but don't pick up this biography with the expectation that you will learn anything that you can't find from better writers.

Hershel Parker is the author of Flawed Texts and Verbal Icons and Reading "Billy Budd"; co-editor, with Harrison Hayford, of the landmark 1967 Norton Critical Edition of Moby-Dick, wholly revised in 2001; and Associate General Editor of the Northwestern-Newberry edition of The Writings of Herman Melville. He lives in Morro Bay, California. 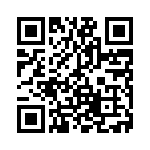