John P. Entelis is Professor of Political Science and Director of the Middle East Studies Program at Fordham University. His publications include State and Society in Algeria, Comparative Politics of North Africa, and Pluralism and Party Transformation in Lebanon. 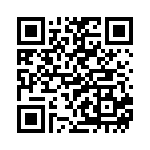