One of the best POW accounts by someone who was there from the beginning. Col Albert Clark was shot down in 1942 while flying a Spitfire with the RAF to obtain operational experience. He saw the massive influx of US POW as the aerial war escalated. Good stories. Read full review

Albert P. Clark, Lieutenant General, USAF (Ret.), graduated from West Point United States Military Academy in 1936 and went on to a distinguished military career. He was second in command of the first American fighter unit in the European Theater of Operations during World War II and was later shot down over France and held in a German camp. 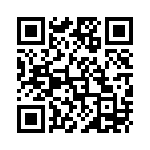