An interesting twin biography of possibly the two leading American theorists of the Cold War. They both believed in the Soviet threat and that Communism needed to be contained but they have very ... Read full review

THE HAWK AND THE DOVE: Paul Nitze, George Kennan, and the History of the Cold War

Nicholas Thompson is an editor at Wired magazine, a fellow at the New America Foundation, and a regular contributor to CNN. He has written articles for The New York Times, The Washington Post and numerous other publications. A grandson of Paul Nitze's, he lives in New York City with his wife and son. 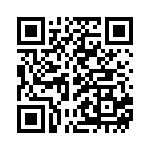