I like historical mysteries set in Victorian London so I was excited to pick up a copy of The Yard by Alex Grecian. After their failure to capture Jack the Ripper, faith in the Metropolitan Police ... Read full review

Grecian has written a quick, page-turning read (yes, even at 583 pages, it is a rather fast read). Of course, I love the whole Victorian England time period – a wonderful setting for such murderous ... Read full review

Alex Grecian is the author of the long-running and critically acclaimed graphic novel series Proof. He lives in the Midwest with his wife and son. The Yard is his first novel. 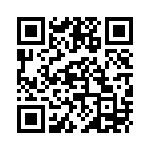