Wonder what is going on in the World these days?, or Why Common Sense is entirely Lost, and things just don't stand to Reason, and the Powers that Be in America and elsewhere in our World, are capitulating to Folly and Imprudence, wholesale? This forgotten old book is a MUST, for understanding all the strangest goings on in the World Today, and the so called New World Order "pushers" and deceivers. It illustrates WHY we are enduring phony "wag the dog" situations, such as the phony so called Swine Flue pandemic and it's deadly vaccines (population control), why "They" (the Secret Societies) are up to this sort of Much Mischief, and what are their ulterior motives. What Nesta doesn't explain, is WHERE Jesuit Adam Weishaupt got his FUNDING for his Illuminaughty Enterprise: being from out of the Roman Temple, perhaps he was fulfilling his Commission from that olde Harlot, even to attempt to reinstate her to her former glory, after her fall from worldly/secular Dominance in 1798, hoping to reinstate Her to her former worldly Glory, in a so called New World Order: but she is to utterly fail, and Biblical Prophesy indicates she will lose out on her last attempt to reinstate Herself to this former Glory, at the Hands of her temporal Rivals to her seat of Power, the Ten European Kingdoms, who are prophesied to "burn her with fire", in the very Last Days of the temporal kingdoms of Earth. After they have done that, they will utterly fail, themselves, in their worldly aspirations to Global Dominance of their marketplace and slaves, their cities, to rubble. StarNet, immortality4free.name

Page 1 - THE first man who. having enclosed a piece of ground, bethought himself of saying This is mine, and found people simple enough to believe him, was the real founder of civil society.
Appears in 484 books from 1795-2008
Page 160 - The Jews represent the Semitic principle; all that is spiritual in our nature. They are the trustees of tradition and the conservators of the religious element. They are a living and the most striking evidence of the falsity of that pernicious doctrine of modern times, the natural equality of man.
Appears in 54 books from 1852-2005
More
Page 160 - Thus it will be seen that all the tendencies of the Jewish race are conservative. Their bias is to religion, property, and natural aristocracy...
Appears in 24 books from 1868-2003
Page 8 - Man is fallen from the condition of Liberty and Equality, the STATE OF PURE NATURE. He is under subordination and civil bondage, arising from the vices of man. This is the FALL, and ORIGINAL SIN.
Appears in 14 books from 1920-2007
Page 2 - Beware of listening to this impostor; you are lost, if you forget that the fruits of the earth belong equally to us all, and the earth itself to nobody!
Appears in 176 books from 1795-2008
Page 77 - Is it, that we may change our holy worship into a dance of Jacobin phrenzy, and that we may behold a strumpet personating a Goddess on the altars of Jehovah? Is it that we may see the Bible cast into a bonfire, the vessels of the sacramental supper borne by an ass in public procession, and our children, either wheedled or terrified, uniting in the mob, chanting mockeries against God, and hailing in the sounds of Ça ira the ruin of their religion, and the loss of their souls?
Appears in 30 books from 1909-2007
Page 164 - So you see, my dear Coningsby, that the world is governed by very different personages from what is imagined by those who are not behind the scenes.
Appears in 112 books from 1844-2008
Page 164 - The first Jesuits were Jews : that mysterious Russian Diplomacy which so alarms Western Europe is organized and principally carried on by Jews ; that mighty revolution which is at this moment preparing in Germany, and which will be in fact a second and greater Reformation, and of which so little is as yet known in England, is entirely developing under the auspices of Jews, who almost monopolise the professorial chairs of Germany.
Appears in 65 books from 1817-2005
Page 294 - We must take care that our writers be well puffed, and that the Reviewers do not depreciate them; therefore we must endeavour by every mean to gain over the Reviewers and Journalists; and we must also try to gain the booksellers, who in time will see that it is their interest to side with us.
Appears in 14 books from 1921-2007
Page 81 - You thought the Revolution ended in France, and the Revolution in France was only the first attempt of the Jacobins. In the desires of a terrible and formidable sect, you have only reached the first stage of the plans it has formed for that general Revolution which is to overthrow all thrones, all altars, annihilate all property, efface all law, and end by dissolving all society.
Appears in 9 books from 1919-1992
Less 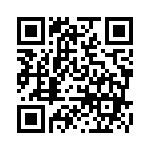