NPR: the trials and triumphs of National Public Radio

Any history of a large corporation must cover finances and bureaucracy to some degree, but McCauley's account of NPR's past rarely ventures beyond these subjects. The author, who worked in radio for ... Read full review

Michael P. McCauley, a former radio journalist, is associate professor of communication and journalism at the University of Maine. The lead editor of Public Broadcasting and the Public Interest, he lives in Bangor, Maine.
McCauley's meticulous research is presented with a human face. 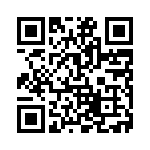