NO EXPENSES SPARED Watching BBC late night news in early May 2009 I was surprised to see a report that the next day's Daily Telegraph would be publishing a report on the expenses of MPs. As an ... Read full review

Robert Winnett is the deputy political editor of the Daily Telegraph. During his 11-year career on Fleet Street, which started at the Sunday Times, he has been behind some of the country's biggest political scoops including exposing the cash-for honours scandal under Tony Blair and Derek Conway's controversial employment of his sons.

He has been short-listed for three "scoop of the year" awards at the British Press Awards and has won other prizes for his work. He has worked on some of the biggest stories including the global credit crunch and several British elections.

Gordon Rayner is Chief Reporter of the Daily Telegraph, a position he has held since joining the newspaper in 2007. He began his career at the Banbury Guardian before moving on to the Sun and later the Daily Mail, where he helped uncover one of the biggest scandals of Tony Blair's premiership by revealing the e-mails between Cherie Blair and the fraudster Peter Foster which proved No.10 had lied over the "Cheriegate" affair.

During his 14 years on national newspapers, Gordon has reported from more than 20 countries and covered many of the biggest stories of recent years, including the death of Princess Diana, the trial of Harold Shipman, the Soham murders, the 7/7 suicide bombings and the ongoing financial crisis. 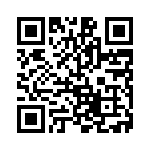