Annie Rayburn is a pseudonym for Carol Burnside. She is no stranger to the oddities of the writing life. Perhaps it was the hot Texas sun, or the long, lazy days of summer that fueled her vivid imagination. Whatever the muse, she grew up with scenes playing in her head and imaginary playmates taking over the show while she patted out mud cookies dotted with Chinaberries.

The stories she crafts today are decidedly more adult than the ones that involved Ken and Barbie. The scenes still play in her head, the characters argue with her right to craft their very existence, but Annie has learned to harness their energies, showing them the way through the haze of sensuality to a love that will endure. 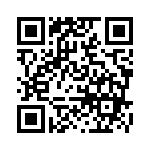