William Makepeace Thackeray was born on 18 July 1811 in Calcutta in India. After studying at Trinity College Cambridge he worked as a journalist and studied Art in London and Paris. In 1836 he married Isabella Shawe and they went on to have three daughters, one of whom died in infancy. He first found literary success with The Yellowplush Papers in 1837 and went on to write other works such asThe FitzBoodle Papers, Catherine, The Luck of Barry Lyndonand The Snobs of Englandbefore he published his masterpiece, Vanity Fair, in 1847. William Makepeace Thackeray died on Christmas Eve in 1863. 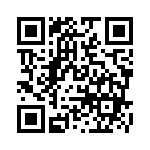