Satoru Ichinokura, a post-doctoral researcher of the Japan Society for the Promotion of Science (JSPS) at The University of Tokyo, is an experimentalist in surface physics and nanotechnology. His work is concerned with atomic-scale thin layer systems such as graphene, transition metal dichalcogenides, and metal-induced surface reconstructions on semiconductors. He is interested particularly in spintronics aspects and low-temperature properties of those materials, represented by superconductivity, and approaches them by electric transport measurements and scanning tunneling microscopy.

Satoru Ichinokura received both his Bachelor of Physics and Master of Science in physics from Tohoku University in 2011 and 2013, respectively. Thereafter he joined the group led by Professor Shuji Hasegawa in the Department of Physics, The University of Tokyo, and received his Ph.D. in physics from The University of Tokyo in 2016. During his Master’s program, he received a research grant of Global Centers of Excellence Program from Tohoku University in 2012. During his doctoral program, he received a travel award and student award from the Surface Science Society and a Graduate School of Science award from the School of Science, The University of Tokyo, in 2014, 2015, and 2016, respectively. He was also awarded a research fellowship for young scientists from JSPS, and his research was supported by the JSPS between April 2015 and March 2017. 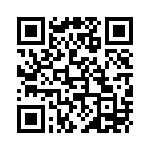