Callie Quinn is a woman who has left Chicago for Guanajuato in the hopes that she can forget her past, come to terms with the pregnancy she had 15 years prior. She is a translator and she can work ... Read full review

Dianne Romain lives with novelist Sterling Bennett in Guanajuato, a colonial city in the central Mexican highlands. She grew up and went to college in Missouri before moving to Berkeley for graduate school. After completing her PhD in philosophy, she stayed in California, where she taught feminist ethics and philosophy of emotion at Sonoma State University and published Thinking Things Through, a critical thinking textbook. After moving to Mexico, she took up the trumpet; she has since played jazz and classical duets in the plazas of Guanajuato. With honorary grandchildren in Canada, the US, and Spain, Romain often finds herself writing on the go. In Guanajuato, she enjoys teaching beginning Lindy Hop, taming the four scaredy-cats that scrambled over her garden wall, and walking hillside goat trails. 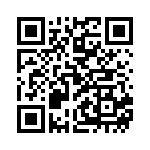