Professor Peter D. Gluckman FRS is a University Distinguished Professor, Professor of Paediatric and Perinatal Biology, Director of the Liggins Institute for Medical Research and Director of the National Research Centre for Growth and Development of the University of Auckland, New Zealand. His research encompasses paediatric endocrinology, the developmental origins of health and disease, the evolutionary-developmental biology interface, and evolutionary medicine. He has published over 400 refereed papers, 150 reviews and edited several books and is inventor on over 25 families of patents. He has received New Zealand's highest scientific honour, the Rutherford Medal. He was elected a Fellow of the Royal Society (London) in 2001, and is a foreign member of the Institute of Medicine of the National Academy of Sciences (USA) and a Fellow of the Academy of Medical Sciences UK.

Prof Mark Hanson is BHF Professor of Cardiovascular Science and Director of the Institute of Developmental Sciences and the DOHaD Division at the University of Southampton School of Medicine. He is current President of the International Society for Developmental Origins of Health and Disease. He has worked in developmental physiology and its applications to medicine for about 25 years. He has taught a range of undergraduate medical courses and supervised many postgraduate students, both basic and clinical scientists, and established collaborations with clinical colleagues across a range of disciplines. His current research interests extend from developmental epigenetics to epidemiology, public health and evolutionary biology. He has published more than 250 peer-reviewed papers, authored or edited 9 books, two with Peter Gluckman aimed at a general scientific audience. He was elected a Fellow of the Royal College of Obstericians and Gynaecologists for services to developmental physiology.

Dr Alan S. Beedle is Research Fellow at the Liggins Institute, University of Auckland. He is a biochemist who became a professional science editor and writer. He has held senior positions in scientific and medical publishing in the UK, Europe and New Zealand, and has been editor of several high-impact journals in the biomedical sciences. Alan advises members of the Institute on publication strategy, and also has research interests in the application of evolutionary and developmental biology to human health and disease.

Books by the Same Authors:
Mismatch: The Lifestyle Diseases timebomb
Mismatch: Why Our World No Longer Fits Our Bodies 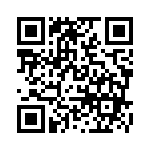