Richard Philip Green was born in Brooklyn, New York on June 6, 1936. He received a bachelor's degree from Syracuse University and a medical degree from Johns Hopkins University in 1961. He specialized in psychiatry at the University of California, Los Angeles, where he became a professor and researcher. In 1972, he wrote a paper in The International Journal of Psychiatry questioning the classification of homosexuality as a mental disorder. In 1973, the American Psychiatric Association decided to drop homosexuality from its diagnostic manual. In 1975, he founded the International Academy of Sex Research and became the first editor of its journal, Archives of Sexual Behavior, a position he held until 2002. He wrote several books including The "Sissy Boy Syndrome" and the Development of Homosexuality. He appeared as an expert witness on behalf of gay or transgender people in more than a dozen trials. After receiving a law degree from Yale University in his 50s, Green relocated to Great Britain. He was a professor of psychiatry at the Faculty of Medicine at Imperial College, London, and on the law and psychology faculties of Cambridge University. He died from esophageal cancer on April 6, 2019 at the age of 82. 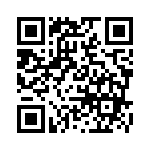