David C. Lindberg is Hilldale Professor Emeritus of the History of Science and past director of the Institute for Research in the Humanities at the University of Wisconsin, Madison. He has written or edited a dozen books on topics in the history of medieval and early modern science, including The Beginnings of Western Science (1992). He and Ronald L. Numbers have previously coedited God and Nature: Historical Essays on the Encounter between Christianity and Science (1986) and When Science and Christianity Meet (2003). A Fellow of the American Academy of Arts and Science, he has been a recipient of the Sarton Medal of the History of Science Society, of which he is also past president (1994-5).

Michael H. Shank is Professor of the History of Science at the University of Wisconsin, Madison. He is the author of 'Unless You Believe, You Shall Not Understand': Logic, University, and Society in Late Medieval Vienna (1988); the editor of The Scientific Enterprise in Antiquity and the Middle Ages: Readings from Isis (2000); the coeditor, with Peter Harrison and Ronald L. Numbers, of Wrestling with Nature: From Omens to Science (2011); and the author of numerous articles in edited collections and scholarly journals. 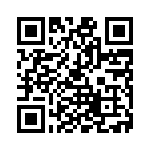