Hubert Zawadzki is an independent scholar and member of Wolfson College at the University of Oxford. He is the author of A Man of Honour: Adam Czartoryski as Statesman of Russia and Poland 1795-1831 (1992), and editor and translator of Irena Protassewicz's A Polish Woman's Experience in World War II (forthcoming). He has given talks on BBC radio and has appeared on BBC TV programmes involving Poland. He is also a Fellow of the Royal Historical Society. 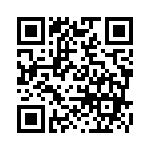