An epic, revealing biography that becomes, in its author's words, ``a study in the unapologetic use of a great fortune to secure influence.'' In this first of two projected volumes on the four-term ... Read full review

Public interest in politicians and government figures often fades quickly after their death, and Nelson Rockefeller (he died in 1979) has not proved an exception. Despite his many terms as governor of ... Read full review 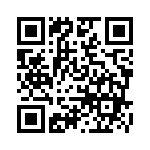