I have read and enjoyed a few Stross books before, but never any by Doctorow, so was looking forward to this one. Huw is infected with a technovirus, and his hope to be part of a tech jury defending ... Read full review

This was completely insane, but that's kind of what I expect when reading something from Cory Doctorow, especially when he teams up with Charles Stross. Though I love this narrator (I did it on audio ... Read full review

CORY DOCTOROW is a coeditor of Boing Boing and a columnist for multiple publications including the Guardian, Locus, and Publishers Weekly. He was named one of the Web's twenty-five influencers by Forbes magazine and a Young Global Leader by the World Economic Forum. His award-winning novel Little Brother was a New York Times bestseller. He lives in London with his wife and daughter.

CHARLES STROSS, author of several major novels of SF and fantasy including Singularity Sky, Accelerando, Halting State, and Rule 34, is widely hailed as one of the most original voices in modern SF. His short fiction has won multiple Hugo Awards and Locus awards. He lives in Edinburgh. 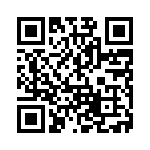