Niels Jřrgen Gimsing & Christos Georgakis, Technical University of Denmark, Lyngby
Professor Gimsing is Professor Emeritus in the Department of Civil Engineering at the Technical University of Denmark and a Consulting Bridge Engineer. He consulted on the design for numerous landmark bridges including the Femern Bridge, third bridge across the Firth of Forth in Scotland, the Messina Strait Bridge and the 47km long motorway bridge across the Gulf of Thailand, and was a Finalist in the Millennium Bridge Competition for a pedestrian bridge across the Thames at St. Paul's Cathedral. He has won numerous design, teaching and research awards for his work within the structural engineering community and is the author of Cable Supported Bridges 2e (Wiley, 1997) and co-author of The Messina Strait Bridge (CRC, 2009).

Dr. Christos Georgakis is Associate Professor in Structural Engineering and Prof Gimsing’s teaching successor at DTU. He has particular experience in relation to dynamic actions from his work at the Wind Tunnel Laboratory in Copenhagen and is also involved in several research projects dealing with the dynamics of slender bridges such as the Millennium Bridge in London. 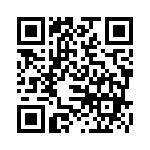