Oh, what to write about this book? First of all, I did enjoy reading it, although I'm not sure that "enjoy" is the correct word. I was caught up in Happy's story from the beginning. I know that this ... Read full review

Graphic designer Kidd (The Cheese Monkeys, 2001) writes a novel about a graphic designer.Considering the author's job experience, it's natural that at times the narrator digresses (if there's such a ... Read full review

Chip Kidd is a designer/writer in New York City. His book cover designs for Alfred A. Knopf, where he has worked nonstop since 1986, have helped create a revolution in the art of American book packaging. He is the recipient of the National Design Award for Communications, as well as the Use of Photography in Design award from the International Center of Photography. Kidd has published two novels, The Cheese Monkeys and The Learners, and is also the author of Batman: Death By Design and the coauthor and designer of True Prep, the sequel to the beloved Official Preppy Handbook. His 2012 TED Talk has been viewed 1.2 million times and is cited as one of the “funniest of the year.” He is most recently the author of the bestselling GO: A Kidd’s Guide To Graphic Design. 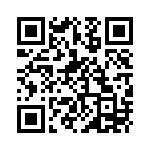