Actually, it would deserve a much better rating, if only it was possible to tell where he's inventing facts to suit his idea of what the anarchist movement ought to be. Clue: he's not very good on the Spanish movement, those nasty ruffians! Read full review

A history of anarchism as ideology and political movement. Read full review

George Woodcock was born in Winnipeg, Canada on May 8, 1912. He was educated in England, and returned to Canada in 1949. He was a poet, critic, and essayist. During his lifetime, he wrote and edited almost 150 books. His works included Anarchism, The Anarchist Reader, The Crystal Spirit, and Canada and the Canadians. He was the founding editor of Canadian Literature, the first journal to look solely at Canada's literary world. He also founded the anarchist literary journal Now in 1940. He died from coronary problems on January 28, 1995 at the age of 82. 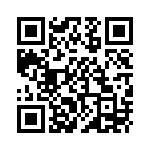