I felt as though the writer was holding back on giving the reader a real insight into how Brunel went about handling his feats of engineering. I suppose when you buy an biography of a man this what ... Read full review

Brunel: the man who built the world

The title, at first, seems impossibly hyperbolic, because it is: Isambard Kingdom Brunel did not, in fact, build the world. However, the things he did build-steamships, bridges, tunnels, train ... Read full review

Steven Brindle is regarded as one of the world's leading authorities on Brunel and is famed for discovering and saving Brunel's 'lost' iron bridge at Paddington.Dan Cruickshank is a regular presenter on the BBC and is best known for his popular BBC2 series THE BEST BUILDINGS OF BRITAIN and WHAT THE INDUSTRIAL REVOLUTION DID FOR US. He is one of Britain's leading architectural and historic building experts.Previous titles include:Paddington: Its History and ArchitectureBrunel (W&N hb August 2005) 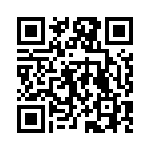