Leon Harold Craig teaches in the Department of Political Science at the University of Alberta. He is also author of The War Lover: A Study of Plato's Republic. 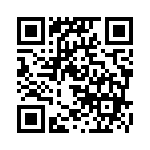