Martine Haak, Ph.D. (1996) in General Linguistics, University of Amsterdam, has published on the application of the Theory of Functional Grammar to the verbal system and conditional expressions in Arabic, including The Verb in Literary and Colloquial Arabic (Mouton de Gruyter, 1997).
Rudolf de Jong, Ph.D. (1999), University of Amsterdam, is independent researcher of Arabic dialects. He has published on several Arabic dialects, including A Grammar of the Bedouin Dialects of the Northern Sinai Littoral. Bridging the linguistic gap between the eastern and western Arab world, (Brill, 2000)
Kees Versteegh, Ph.D. (1977) is professor of Arabic and Islam at the University of Nijmegen. He has published on the history of Arabic and the Arabic linguistic tradition, including The Arabic Language (Edinburgh, 1997) 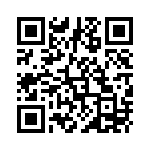