The story can seem to be lifeless in the beginning. This is not a complaint or a criticism, but it is to show the transformation that occurred in Hudson Taylor's life. His life radically changed, and ... Read full review

Dr. Frederick Howard Taylor(1862 1946)was the second son of James Hudson Taylor, founder of the China Inland Mission and followed in his father s footsteps to serve as a medical missionary in China. In 1894 he married Mary Geraldine Guinness, a friend from childhood who also served as a CIM missionary in China. Together they authored several books, including a comprehensive history of the China Inland Mission. 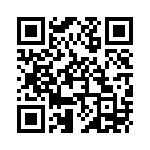