This is the unbelievable but true story of the eponymous Leon Theremin, whose instrument can be heard in many science fiction movies due its eerie sound quality (my favorite is The Day the Earth Stood Still). This book covers his highly eventful and extraordinary long life in great detail. Read full review

The long and colorful life of Leon Theremin (1896-1993), the father of electronic music and inventor of the pioneering instrument that bears his name, virtually spanned the 20th century. As a young ... Read full review

Albert Glinsky is an award-winning composer whose music has been performed throughout the United States, Europe, and the Far East. He is a research fellow and professor of music at Mercyhurst University. Robert Moog(1934-2005) developed the original Moog electronic music synthesizer and was the president of Moog Music Inc., the world's leading manufacturer of theremins. 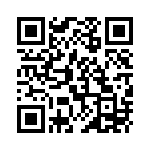