Mario Bunge is the Frothingham Professor of Logic and Metaphysics in the Department of Philosophy at McGill University. 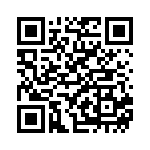