In addition to her work in academe, Cuppett has been an athletic trainer for three decades, having worked in high school, collegiate, military, and hospital settings. Cuppett is known internationally for her work with human patient simulators and interprofessional education, and she has often been an invited speaker at national and international conferences. She received the Athletic Trainer Service award from the National Athletic Trainers' Association in 2007 and their Most Distinguished Athletic Trainer award in 2012. 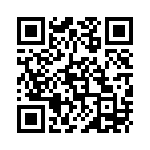