The is a classic as many have already expressed. Thoreau makes many good points and raises questions about personal freedoms we have and those which we take for granted. Read full review

WALDEN is a great read. It is one of the best reflective retreats from life that I know of. Its simple format, simple writing (though inlaid beautifully with allusions: cultural, religious, scholarly, literary, and otherwise), and over focus on simplicity leave the reader with a smile after every reading (though perhaps it leaves the reader feeling slightly inadequate for not having achieved simplicity to Thoreau's extent).

Henry David Thoreau was born in Concord, Massachusetts in 1817. He graduated from Harvard in 1837, the same year he began his lifelong Journal. Inspired by Ralph Waldo Emerson, Thoreau became a key member of the Transcendentalist movement that included Margaret Fuller and Bronson Alcott. The Transcendentalists' faith in nature was tested by Thoreau between 1845 and 1847 when he lived for twenty-six months in a homemade hut at Walden Pond. While living at Walden, Thoreau worked on the two books published during his lifetime: Walden (1854) and A Week on the Concord and Merrimack Rivers (1849). Several of his other works, including The Maine Woods, Cape Cod, and Excursions, were published posthumously. Thoreau died in Concord, at the age of forty-four, in 1862. 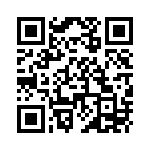