What a treasure! I found it by searching for What Cheer, Iowa, and found the whole country in 1881. Great resource.

The .pdf file for this "book" comprises three issues, July through Sept., 1881, of what Google lists as "The Official Railway Guide," but whose title for this year was the "Travelers' Official Guide of the Railway and Steam Navigation Lines in the United States and Canada," or the "Travelers' Official Railway Guide..."
This periodical can be very useful for its timetables listing stations and mileage figures for individual railroads, along with lists of company officers. The railroads are listed somewhat randomly in a structure that may be said to proceed basically from east to west, followed by southeastern lines. Information about a line can vary from a fraction of a page to several pages in length. There is a "general index of railroads" preceding the timetables with railroad names listed alphabetically, followed by the beginning page number of the railroad. The page numbers for the first (July 1881) issue appear accurately in the page number box at the top of the browser, but the page numbers listed in this box do not correspond to the actual page numbers for the second and third (August and September 1881) issues, forcing the reader to scroll through the issue to find the correct page number.
Ads for railroads and railroad equipment and appliances appear throughout the issues.
Following the index are a number of minor reference features such as an "Official List of Names of the General Ticket, Passenger Agents and Officers" of the principal railways; an "Official List of Purchasing Agents;" a section on "General Railway Information," and a page listing "Standards of Time" (official time used in different sections of the country, by city). [Remember that this was just before the adoption of standard time zones for the country.]
At the end of the railroad company listings is an "Official list of parties in charge of car service accounts," arranged alphabetically by railroad name; a list of old and new names of railroads; and an index to railway stations arranged alphabetically by station name, followed by name or abbreviation of associated railroads.
The quality of the scans is somewhat problematical. The originals may be a little muddy, but the scans are generally readable. The biggest problem is at the margins and the edges of pages. Some margins seem to have been tight, leading to out-of-focus characters. The last few characters on the edge of a page may simply be missing. Overall, the quality is OK.
There is at least one other set of issues of the "Official Railway Guide" ("Travelers' Official Guide...") online from Google books, for September through December 1874: http://books.google.com/books?id=vSE8by6TefkC

Page 278 - They are therefore prepared to conduct large or small parties in the most comfortable manner through the country; to Jerusalem, the Dead Sea, the Jordan, Damascus, Sinai, etc.
Appears in 34 books from 1831-1936
Page 278 - Cook and Son are prepared to issue a direct travelling Ticket for a journey Round the World by Steam, available to go either West or East. Cook's Hotel Coupons, available at...
Appears in 14 books from 1832-1885
More
Page xxxiii - ... perform such duties as may from time to time be assigned to him by the commission.
Appears in 53 books from 1792-2004
Page 10 - AUTOMATIC" has proved itself to be the most efficient train and safety brake known. Its application is instantaneous ; it can be operated from any car in the train, if desired, and should the train separate, or a hose or pipe fail, it applies automatically.
Appears in 12 books from 1868-1974
Page 278 - District. Cook's Scotch Tours cover all points of Tourist interest in Scotland, Oban Staffa, lona, Isle of Skye, Caledonian Canal, Kyles of Bute, the Trossachs, the Highlands, the Lake District, Edinburgh, etc. ; and can be used in a similar manner to the Irish Tours. Cook's Irish Tours.
Appears in 15 books from 1831-1885
Page 278 - Also, Coaches and Carriage Excursions to visit all principal places. Cook's West Of England Tours, combining Railway, Coach, and Steamer to every point of interest in the West of England. COOk'S Scotch and Irish Tours cover all points of Tourist interest in Scotland and Ireland.
Appears in 28 books from 1831-1936
Page 278 - IILS? have visited near and distant points, under their management, safely and pleasantly. Their arrangements are now so extensive that they cover portions of the four quarters of the globe. At their office in New York can be found the Railway and Steamship Tickets used by the travelers for a journey through all parts of THE LEVANT, PALESTINE, INDIA, CHINA, &c..
Appears in 8 books from 1874-1875
Page 10 - Rails, when quality is considered, at loivest market rates. The long experience of the present Managers of the Company, and the enviable reputation they have established for " Cambria Rails," are deemed a sufficient guarantee that purchasers can at all times depend upon receiving rails unsurpassed for strength and wear by any others of American or foreign make. Any of the usual patterns of Rails can be supplied on short notice; and...
Appears in 5 books from 1866-1871
Page xv - OMNIBUSES Capable of carrying Six Persons inside and Two outside, with the usual quantity of Luggage, to meet the Express and other principal Trains at the St. Pancras Station when previously ordered.
Appears in 27 books from 1880-1890
Page xiii - Bound the World.— Thomas Cook and Son are prepared to issue a direct travelling Ticket for a journey Round the World...
Appears in 17 books from 1875-1885
Less 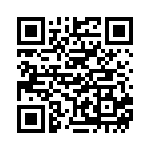