The Seven Wonders series is a series written by the master storyteller, Peter Lerangis. The series is about Jack McKinney and his friends Marco Ramsay, Aly Black, and Cass Williams who all have a rare disease called G7W. The disease kills them at fourteen if they don’t have a cure. To save them, the team has to go on many epic quests to return the seven loculi that are hidden in the seven wonders of the ancient world by Prince Massarym of Atlantis. The team has to successfully get the seven loculi to the Heptakilos in a mountain on Atlantis called Mount Onyx. If they successfully return all of the seven loculi, they will raise the sunken continent of Atlantis. But if prince Karai is right, then they will have to destroy the loculi to make things the way they would be if nothing had happened. This series is funny, scary, breathtaking, and a real nail biter. This is an awesome mix up of modern world adventure and ancient mythology. Read this series to get the thrill of watching Jack and his friends save their own future!

A boy named jack McKinley one day wakes up and gets whacked in the head. later is is run over and is taken to many hospitals and institutes. He tries to escape a few times but fails. I recommend this book very much because my friends have had lots of fun and it is a very interesting book called "The Colossus Rises." 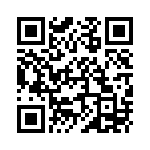