Edgar Rice Burroughs was born on September 1, 1875, in Chicago. His father, George Tyler was a distiller and a battery manufacturer. Early in life Burroughs attempted to support his family in a variety of occupations, including railroad policeman, business partner, and miner. None of these proved successful. However, Burroughs had always enjoyed reading adventure fiction and decided to try his hand at writing. His first attempt, written under the pseudonym Normal Bean, sold very quickly and Burroughs' career took off. Although critics and educators have not always been supportive of Burroughs' writing, the characters in his stories have entertained readers for many years. Tarzan was the most popular, earning Burroughs enough money to start his own publishing house and a motion picture company. Another character, John Carter, is the hero of Burroughs' Mars adventure series. The continuing popularity of these characters has led some critics to reconsider the value of Burroughs' writing and to acknowledge significant themes in his stories. Burroughs died on March 19, 1950. 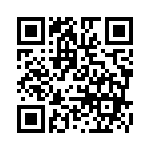