Jeffrey Kahan is Associate Professor of English at the University of La Verne in California, and completed his Ph.D at the Shakespeare Institute, University of Birmingham. He is the author of Reforging Shakespeare (1998) and The Cult of Kean (2006) and editor of Shakespeare Imitations, Parodies and Forgeries, 1710-1820 (3 vols. Routledge, 2004). 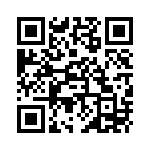