David E. Kaplan is an investigative journalist based in Washington. He is former director of the International Consortium of Investigative Journalists, and served as chief investigative correspondent for U.S. News & World Report. He is the author of Fires of the Dragon and coauthor of The Cult at the End of the World, on the doomsday sect that released nerve gas in the Tokyo subway. Alec Dubro lives and works in Washington, DC where he writes, edits, and blogs for the labor movement. He is the creator of the satirical website, The Washington Pox (www.dcpox.com) and is past president of The National Writers Union. 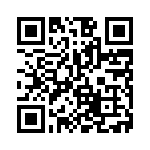