Detailed retelling of the violent events of 1920-21 in southern West Virginia. Sometimes called the largest civilian uprising since the Civil War, the mine wars of the era ripped the region apart. Lon ... Read full review

Thunder in the mountains: the West Virginia mine war, 1920-21

This is a colorful account of the open warfare in West Virginia's dark and bloody coal fields in 1920 and 1921, triggered by the killing by company detectives of Matewan town officials friendly to the ... Read full review 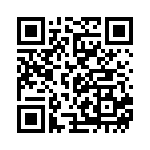