As a team of veteran travel writers, Darwin Porter and Danforth Prince have produced numerous titles for Frommer’s, including best-selling guides to Italy, France, the Caribbean, England, and Germany. Porter, a former bureau chief of the Miami Herald, is also a Hollywood biographer; his most recent releases examine the lives of Michael Jackson and Marlon Brando. Prince was formerly employed by the Paris bureau of the New York Times and is today the president of Blood Moon Productions and other media-related firms. 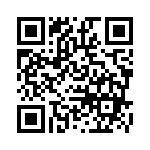