Shannon M. Mussett is Associate Professor of Philosophy at Utah Valley University. She is the coeditor (with Sally J. Scholz) of The Contradictions of Freedom: Philosophical Essays on Simone de Beauvoir?s The Mandarins, also published by SUNY Press. William S. Wilkerson is Professor of Philosophy at the University of Alabama in Huntsville. He is the author of Ambiguity and Sexuality: A Theory of Sexual Identityand the coeditor (with Jeffrey Paris) of New Critical Theory: Essays on Liberation. 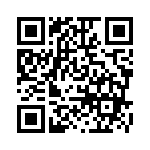