John Chrysostom, born at Antioch towards 347, was a great genius and his poweful eloquence earned him the surname of Chrysostom, or golden mouthed. He is known for his preaching, exegesis, and liturgical reforms. His skills were especially directed to the instruction and moral reformation of the people of Antioch. In terms of scriptural exegesis, he spoke for a literal interpretation of the text against the allegorical school that was prominent in Alexandria. With St. Athanasius, St. Gregory of Nazianzen, and St. Basil, he forms the group of the four great doctors of the Eastern Church. In 398 he became Patriarch of Constantinople. His courage in branding vice caused him to be exiled and ill-treated. John Chrysostom died at Comana in Pontus on September 14, 407. 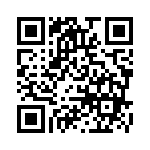