The Philosophy of Literature:

Eileen John is Associate Professor of Philosophy at the University of Louisville, specializing in aesthetics and philosophy of literature. Her essays have appeared in the Journal of Aesthetics and Art Criticism, Philosophy and Literature, and The Henry James Review.

Dominic McIver Lopes is Associate Professor of Philosophy at the University of British Columbia. He is the author of Understanding Pictures (1996) and co-editor of the Routledge Companion to Aesthetics (2000) and Imagination, Philosophy, and the Arts (2003). He is also co-editor, with Berys Gaut, of the Blackwell series New Directions in Aesthetics.

Philosophy of Film and Motion Pictures

Noël Carroll is the Mellon Professor of the Humanities at Temple University and the author of Beyond Aesthetics (2001), A Philosophy of Mass Art (1999), and Interpreting the Moving Image (1998). 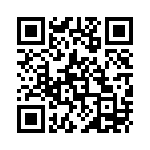