ROGER S. WHITCOMB is Professor of American International Relations and Foreign Policy Studies at Kutztown University of the Pennsylvania State System of Higher Education. A specialist in Russian-American relations, he also serves as the Director of the International Studies program. 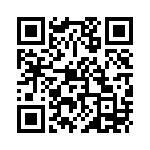