French scientist Stanislas Dehaene is a world authority on the cognitive neuroscience of language and number processing in the human brain. He is the director of the Cognitive Neuroimaging Unit in Saclay, France, a professor of experimental cognitive psychology at the Collège de France, a member of the French Academy of Sciences and of the Pontifical Academy of Sciences. He is the author of several books, including The Number Sense. In 2008 he was profiled in The New Yorker for his work in numerical cognition. 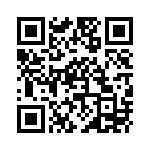